A new renewable power plant has just opened (Tuesday 24th Nov 2009) in Tofte on the Oslo Fjord, Norway. Built by utility company Statkraft this is the first Osmotic Power plant in the world – designed to generate electricity through the process of Osmosis (by which plants ‘drink’ through their leaves). 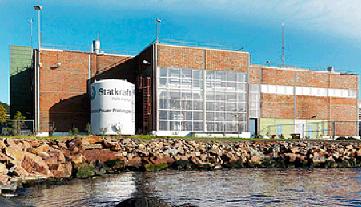 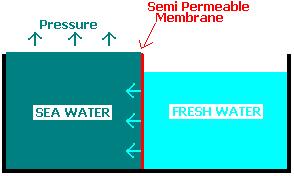 The Statkraft prototype uses freshwater from the fjord and seawater to produce just 2-4kW of electricity – enough to run one tumble dryer or kettle! However, it is hoped that by 2015 the total output will have reached 25 MW – enough to power a small town. Calculations by Statkraft suggest that up to 25 TWh of electricity from osmotic power could eventually be generated in Norway each year, and much more using similar techniques around the world. 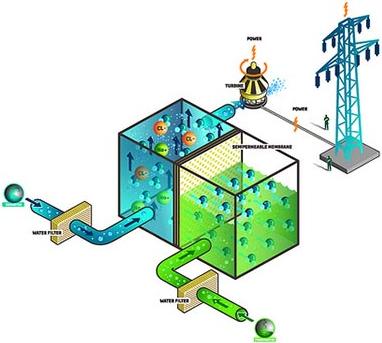 It may however prove to be very difficult to achieve this level of power cheaply since the membrane must be strong enough to cope with high pressures, not get blocked by salt, and will allow freshwater to pass through – a difficult thing to achieve. Until recently the cost of designing and making the membrane made this type of system prohibitively expensive, but development of a new polyethylene plastic membrane has increased the likelihood of osmotic power being commercially viable in the future. 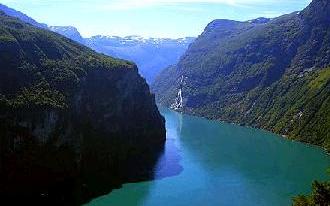 One advantage of osmotic power over wind and solar power is that a constant supply of electricity can be generated 24 hours per day independent of weather conditions, and no emissions are released. Osmotic power is viable anywhere that clean fresh water runs into or very close to the sea, making Norway with its many fjords the perfect testing ground for this new technology. It could also work particularly well next to existing de-salination plants around the world (which output as a waste product water with double the salt concentration of seawater, and therefore with twice the electricity generating potential).

So far Statkraft have invested $7-8 million to build the power plant, and a further $20 million on osmotic power research.