The main disadvantage of some renewable energy sources (particularly wind and solar) compared to fossil fuels is you cannot guarantee to have the power you need when and where you need it. Wind speeds are not stable, and it can be cloudy (certainly in the UK) and its always dark at night. 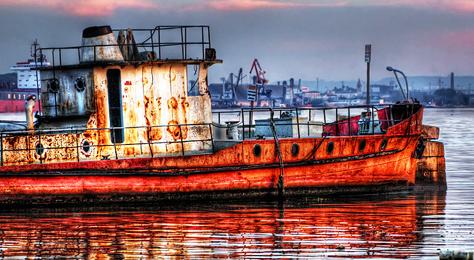 In order for a very high percentage of our power needs to ever be met by renewables, it is essential that new improved ways are found to store power so that it is available even when the sun is not shining and it is not windy. Otherwise we will need more fossil fuel power stations as fall backs to ensure that electricity demand can be reliably met at peak times.

One of the cleanest ways of storing power is to use surplus renewable electricity to break water down into its constituent parts – oxygen, and highly flammable hydrogen. The hydrogen stored at times of surplus is then burned to power a turbine to generate electricity at times when renewables cannot meet demand directly. Best of all, the waste product from burning hydrogen is…pure water.

Until now the catalysts (electrolysers) used to split water into hydrogen and oxygen have been expensive, exotic, and often toxic rare earth metals such as iridium oxide and ruthenium oxide. With such high production costs it had been thought that storing energy by splitting water would never be cost effective. But, recent research from University of Calgary in Canada has found that iron oxide (rust) combined with a few other inexpensive materials can be used as a catalyst at a cost of one thousandth that of existing commercial catalysts while working at 85-90% efficiency.

This ability to split water into hydrogen commercially using renewable energy will also greatly help the future of hydrogen fuel cell powered cars. It also has a great deal of potential for off grid renewable systems currently using batteries for storage, but which will soon hopefully generate their own hydrogen for a small hydrogen powered generator replacing their existing polluting and expensive to run diesel generator.