Pictured below is a timer controller we recently made for a commercial irrigation system. This set up currently has four solenoid valves which when opened, water different regions in a large greenhouse. The number of solenoid valves will soon be increased to eight, so we had to make this controller work now with four valves, but be ready to control eight in the future. The controller is based around an Arduino Pro Mini. 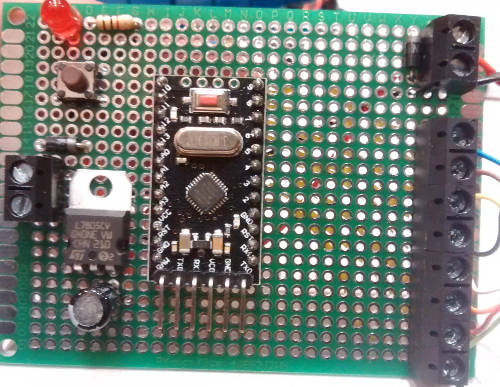 The main controller board above drives four or eight of the 10 Amp rated relays on the relay board pictured below.

The small button at the top left of the main controller board can be used to toggle between four valve or eight valve operation as per the user’s requirements.

If you need an automatic timer controller for an irrigation system, please email neil@reuk.co.uk with details of your exact requirements.