The UK is blessed with the second highest tidal range in the world. Having such a big vertical difference between high tide and low tide makes tidal power an attractive and realistic renewable option.

While the Severn Barrage has never been built because of the environmental impact and financial costs, a public consultation is about to start for the proposed Swansea Bay Lagoon – a 9.5km long wall 11 metres above the low tide enclosing 9.4km2 of water around Swansea Bay, Wales. 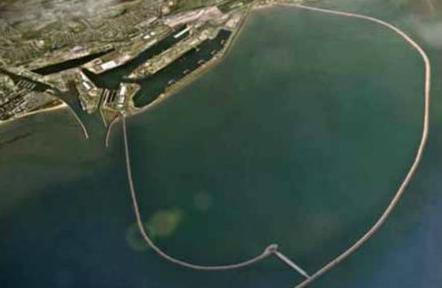 200-250MW of low head bulb turbines of the type used successfully in La Rance Tidal Power Plant in France would generate electricity as the sea enters the lagoon on the rising tide, and leaves the lagoon on the falling tide. This would generate 400 GWh of electricity per year which is equivalent to the domestic consumption of the whole of Swansea (107,000 homes), and would cut carbon emissions by 200,000 tonnes per year.

The design life for the lagoon is 120 years meaning 120 years of reliable and wholly predictable tidal electricity generation. It would be the first man made tidal lagoon in the world.

The predicted cost of the Swansea Tidal Lagoon and associated development and infrastructure is £650 million. It would take 2 years to build the wall and if given approval, this tidal power station could go online as early as 2017.