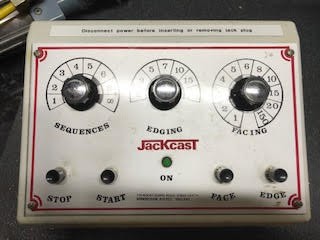 Pictured below is the Arduino-based replacement controller board we built to replicate the features of the original unit. 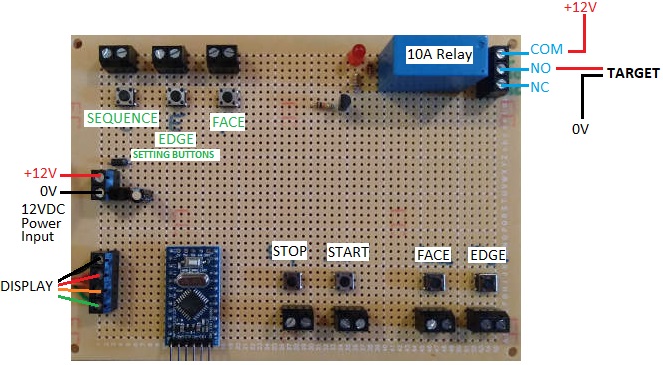 This will be fitted into an enclosure with panel mounted buttons, and the display as shown below mounted to show system settings and the timer status. 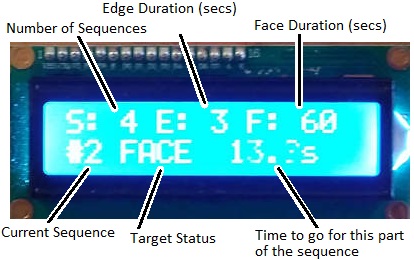 Here are some photographs of the finished controller installed into its case and connected up by its owner ready for use. 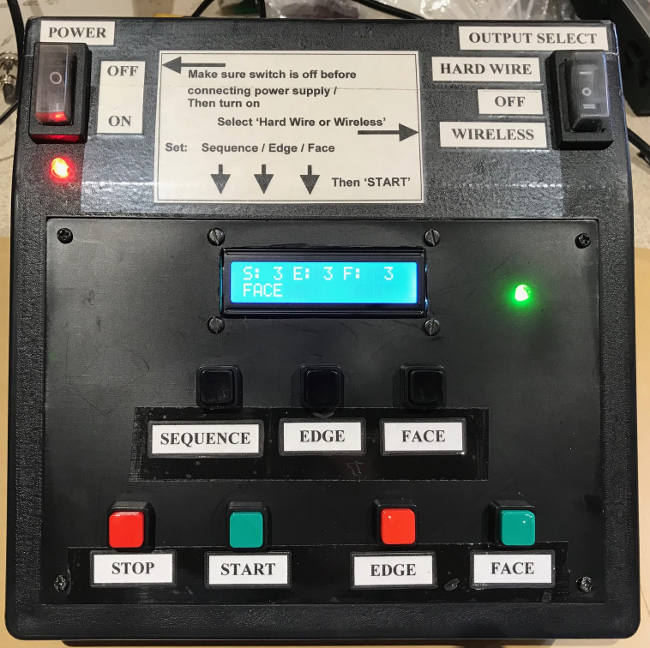 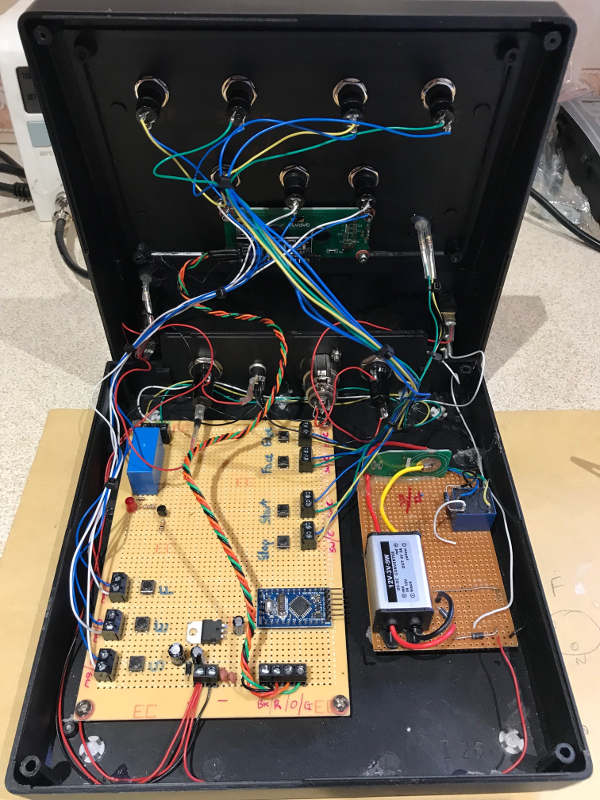 Wireless operation has been added in parallel to the hard wired output from the relay on our controller. The right hand board above provides this functionality.

If you require any kind of shooting target controller, email neil@reuk.co.uk with details of your specific requirements. 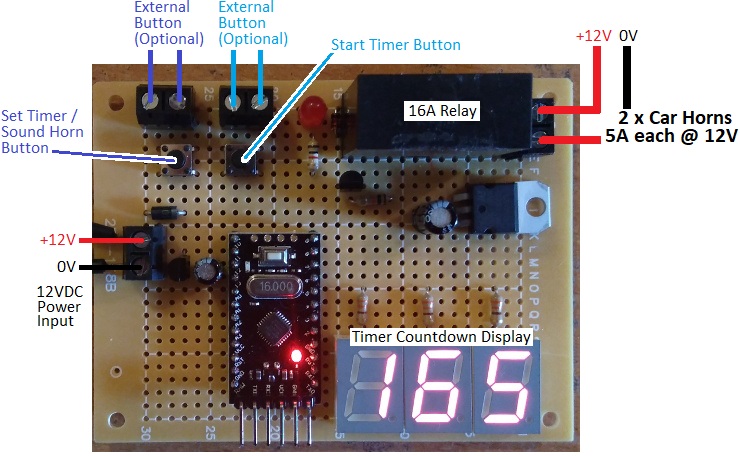 Pictured above is a timer we recently built to control the start and finish horn for PPC 1500 shooting competitions.

In competition a button is pressed followed by a 3 second delay. Then the timer begins counting down from 8 secs,12 secs, 20 secs, 35 secs, 90 secs, or 165 secs with a horn sounding for 0.75 seconds as the timer starts, and again for 0.5 seconds after the timer has finished.

The user can select the timing option using the on board button, an external button, or using a remote control switch.

The on board display shows the current setting while the timer is not running, and then shows the countdown ticking down while it is running. The start button can also be used to stop the timer when it is running to reset the system.

A second button enables the user to sound the horn at any time while the button is being pressed.

If you need any time of timer controller, please email neil@reuk.co.uk with details of your specific requirements.

Pictured below is a timer for use in competitive target shooting. Usually we make turning target controllers which turn the target to face and away from the shooter at the required times. This controller instead is for use with a fixed target, using a red and a green light to tell the shooter when to shoot. 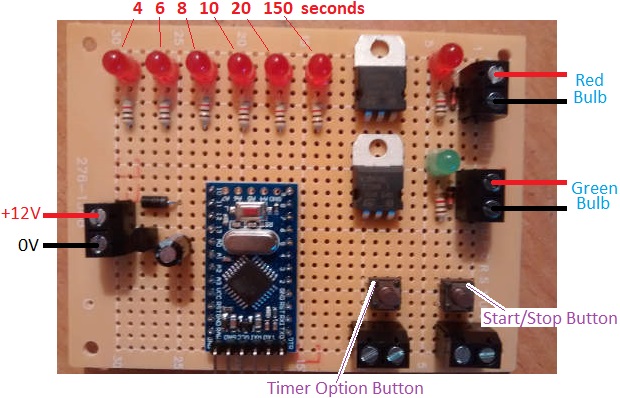 With this particular controller, the available timing options are fixed as 4, 6, 8, 10, 20, or 150 seconds. The timer option button is used to cycle through those options with red indicator LEDs used to show which option is currently selected. (We also make timers like these with a physical display and the ability for the user to change the values of the timing options instead of having a fixed selection – see here for details of some of our other shooting timers.)

The type of bulb to be used with controller is pictured below: a low current 12VDC powered 22ds LED bulb from Onpow. 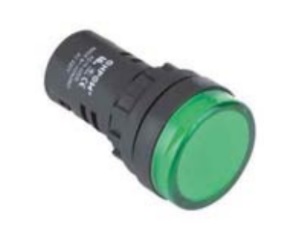 If you need any type of shooting range timer, please email neil@reuk.co.uk with details of your requirements. 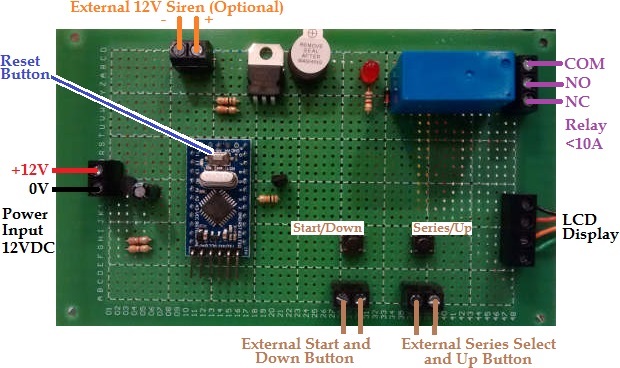 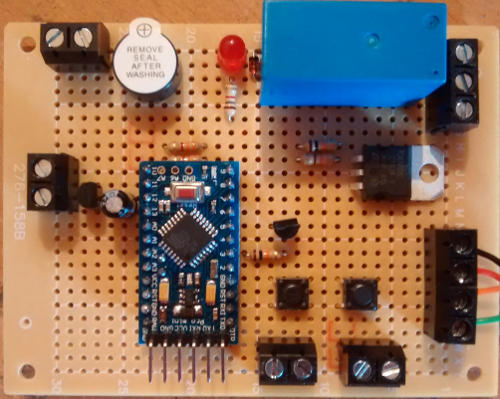 Pictured below is a controller we recently made to control a shooting target for competitive shooting. 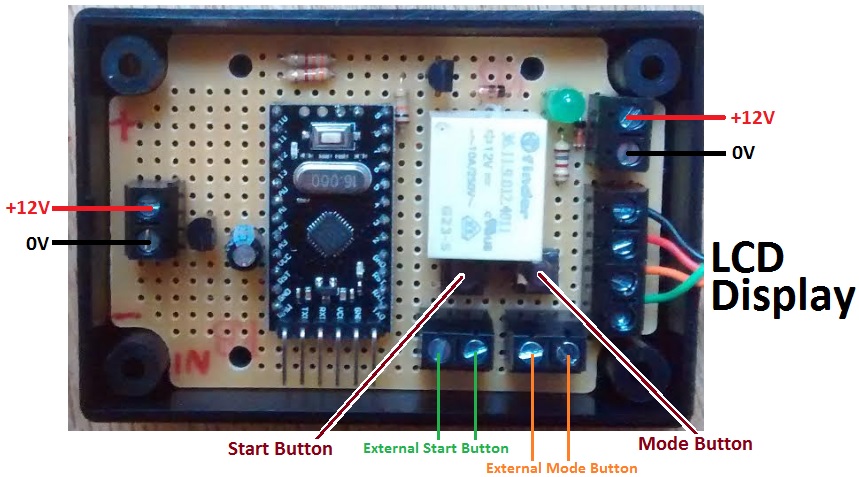 Based around an Arduino Pro Mini, this device is used to edge or face a shooting target according to preset and user-set timings.

Buttons are fitted to the circuit board, but there are also connectors to which external buttons can be connected so that the device can be fitted in a box with just the two external buttons and display visible.

If you need any kind of shooting target controller, please email neil@reuk.co.uk with details of your requirements. 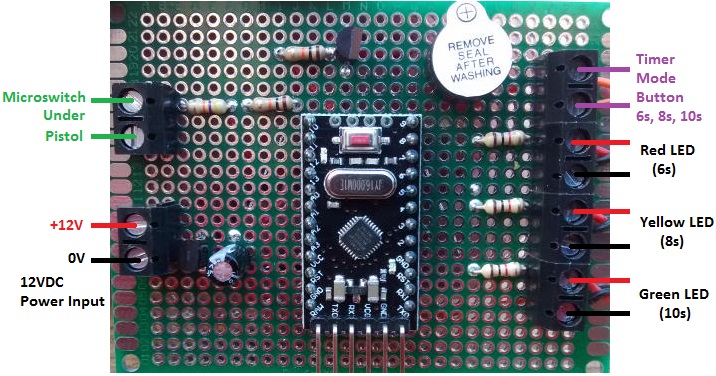 Pictured above is a timer we recently made for use in competitive pistol shooting training. There is a microswitch under a flat plate on which the pistol lies. When the shooter picks up the pistol, the timer starts counting down a user set value of either 6, 8, or 10 seconds after which a buzzer sounds briefly telling the shooter to replace the pistol. The duration of the timer is set using a button to step through the three possible options, with an LED (red, yellow, or green) illuminated to show the currently selection option. This will all be fitted inside an enclosure with the microswitch connected through the circuit board, and the LEDs and timer mode selection button mounted in the lid of the enclosure.

This timer is built around an Arduino Pro Mini board and uses its internal clock for timings as it is accurate enough over such short timing intervals (+/-1 millisecond or better over 10 seconds) when considered in conjunction with the time it takes the microswitch to open/close, or sound to actually start to emit from a buzzer when it is first powered.

If you need any kind of special timer, please email neil@reuk.co.uk with details of your specific requirements. 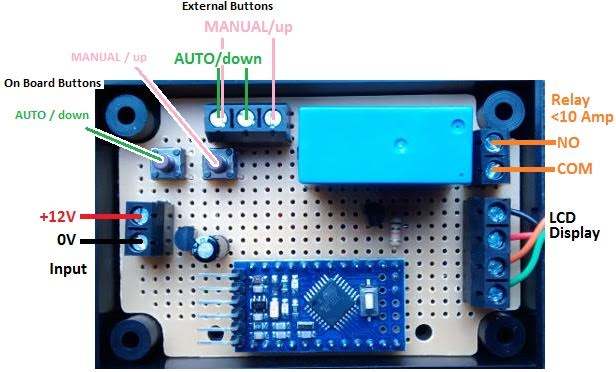 The backlit display with this device shows the user programmed number of seconds that the target will edge (E) then face (F), and the number of cycles (C) for which it will be repeated. It also shows the current status of the target. 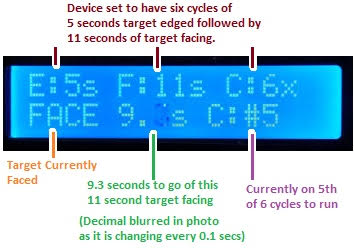 While the shooting programme is running, the display continues to show the user set programme values and the status of the target. It also shows a running countdown of the time remaining during this part of the cycle, and also which cycle the shooter is currently on.

If you need any kind of automated user-programmable timer for target shooting, please email neil@reuk.co.uk with details of your requirements.

The values you set in programming mode are saved in long term memory and are therefore retained if/when you disconnect and subsequently reconnect the power to the controller. You only need to repeat the above described steps if you want to change one or more of the saved values.

In normal operation with your timings already programmed, the Manual/UP button can be used to manually toggle the position of the target. If the target is face on, press the button, and it will edge. Press the button again, and the target will be face on again.

To run the timer, press the Auto/DOWN button. All cycles start with the target edge on, so if you have manually set the target to be face on, it will turn to edge on. As shown above, the display will show where you are in the programme, the countdown timer, the target status (edge or face), and which cycle you are currently on.

If you want to stop the timer when it is running, press the Auto/DOWN button again. The target will turn to be edge on if it is not already.

Pictured below is a controller we recently made for competitive air pistol shooting training. 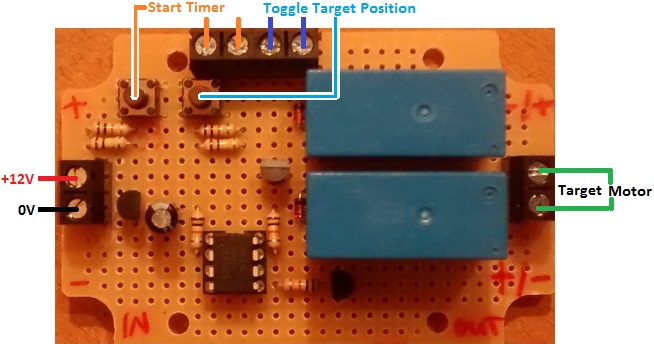 If you need any kind of automatic timer controller board, email neil@reuk.co.uk with details of your requirements.

Pictured below is a controller designed for competitive shooters to automatically turn targets on the range to face to and away from the shooters for the required length of time. 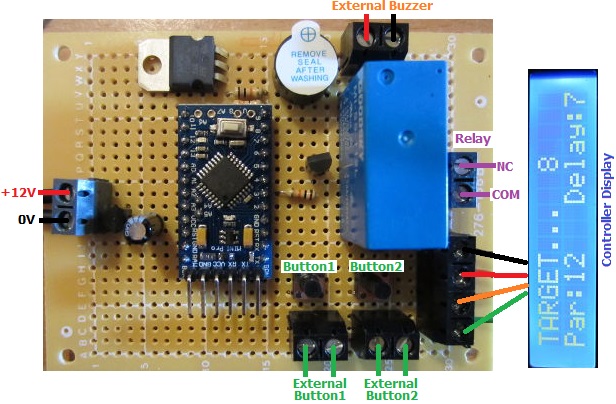 Pressing the other button acts as an override so that the targets can be kept facing the shooter until the button is pressed again to cancel the override.

An LCD display is provided to make setting up the device with the required delay time and par time easy, and also to show a countdown of the number of seconds remaining during the two countdowns when the system has been triggered. It also constantly shows the current delay and par time settings to make the system easy to use.

We have added screw in terminals to the board so that a louder external buzzer/siren can be added, and so that external buttons can be mounted if the controller is to be housed in a waterproof box etc.

If you require a controller of this type (here is another of the competitive shooting timers we have made recently), please email neil@reuk.co.uk with details of your exact requirements. 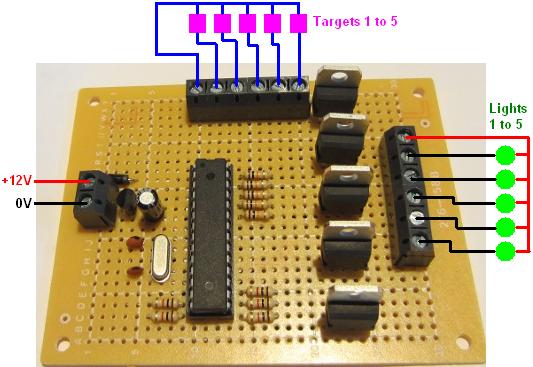