Many televisions, DVD players, games consoles, HI-FIs etc continue to use electricity even when they are switched off using the remote control and left in stand-by mode.

A significant amount of energy (and money) could be saved if everyone physically turned off or unplugged these appliances when not in use. On average in the UK standby power* is responsible for more than 10% of domestic electricity usage. This means the average household pay out well over £30 per year for wasted electricity.
* You can use a UK Power Meter (from £20.99) to measure how much electricity you electrical appliances use in standby.

PowerSafer is an innovative German product which has the effect of turning off appliances at the main power button, but still permits the remote control to be used to turn them back on again. 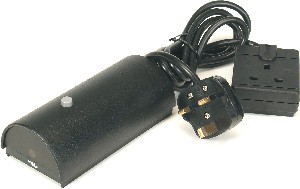 PowerSafer is currently available in two models PowerSafer TV (PS 1.1) for controlling one television, and PowerSafer Hi-Fi & AV (PS3.m) which will control TV’s, DVD players, games consoles, hi-fi equipment, and home theatres. (The new PSX model is mentioned at the bottom of this article.)

PowerSafer PS3.m can be used with up to four electrical appliances at the same time. The unit is extended by using a multi block connected to the PowerSafer socket.

In addition to the obvious benefit of saving electricity (and therefore saving money and reducing emissions), the life of electrical appliances can be increased by 15% if they are not left in standby for hours every day.

In a typical home PowerSafer should pay for itself easily within one year just in cost of electricity savings.

When an electrical appliance is put into stand-by mode there is a detectable drop in power used. 10 seconds after PowerSafer observes this drop in power it cuts the electricity supply to the appliance (by breaking a relay contact). While in this off mode, PowerSafer itself consumes <0.3 Watts of electricity.

When the appliances are on, PowerSafer itself uses approximately 8 Watts of electricity. 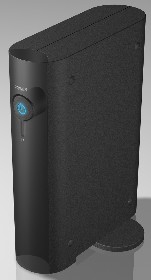 At the end of May 2007 a new PowerSafer model was launched in the UK – the PSX (pictured above). This offers all the benefits of the current PS3M model pictured earlier plus lightening and current surge protection.