In our article DS18B20 Temperature Sensor with Raspberry Pi we showed how a DS18B20 1-Wire Temperature Sensor can be read by a Raspberry Pi and its temperature displayed. When using a temperature sensor you will normally want to read the temperature at regular intervals and log it for later analysis. While you can do all of this yourself on the Raspberry Pi, there are many free internet services available which greatly simplify the process and make it possible to view your data from anywhere in the world through your web browser with minimal set up time or complexity.

Xively (formerly Cosm) is one such service which we have used and found to be very reliable and well supported. Xively offer a range of commercial cloud data logging and storage with prices starting from $999 per year to tens of thousands. They do however offer a completely free Developer Account which gives full access to the Xively API (the means by which you get your data onto the Xively servers). This account allows you to collect data from unlimited devices (Raspberry Pi’s, PC’s, Arduino’s etc), and unlimited channels (specific data attributes typically generated from sensors connected to those devices).

There are a couple of limitations which will not impact the vast majority of hobbyists. There is a limit of 25 API calls per minute (3 minute rolling average), so you can upload up to 25 sensor readings per minute to have them logged, and any data you upload is only available for 30 days. 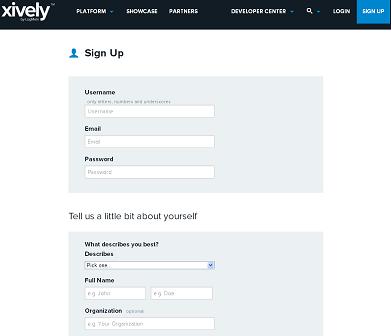 Getting started with Xively is quick. Click here to Sign up to Xively. You just need to choose a username and password, submit your email address, and fill in a few more boxes on a form – your name, location, and areas of interest. You’ll then receive an email to activate your account. 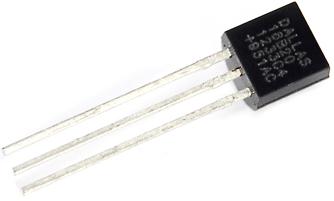 Now you have get everything up and running, it is time to do something useful with your Raspberry Pi. We have modified the example programme (Python script) provided in the Xively set up tutorial so that your Raspberry Pi will feed temperature data from a DS18B20 temperature sensor (as per our guide) to Xively. We’ve put that script at the end of this article. Put it in a file named temperaturelogger.py in the directory with the example script from the tutorial making sure to enter your API_KEY, FEED_ID, and the ID for your temperature sensor.

To run this script and start your temperature logger enter python temperaturelogger.py at the prompt and it should start running. Go to your Xively account and if you have everything wired up correctly to your Raspberry Pi, set up as per the tutorial above, and the new temperature reading script entered correctly, a new channel will appear in your account called TemperatureSensor which will receive temperature readings every 10 seconds and display the most recent temperature reading and a graph of past readings. 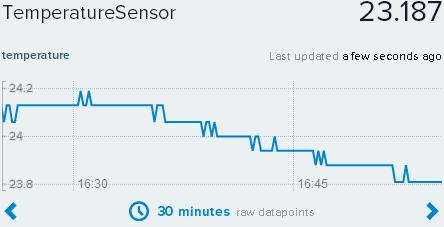 Once you have checked everything is working as it should, Ctrl-Z to kill the running script on your Raspberry Pi, and this time enter the command:

python temperaturelogger.py &
nb. One thing which is not mentioned in the tutorial is how to get out of virtualenv. The command is deactivate.)