In our article Power Inverters we introduced inverters and explained how they convert DC voltage from a battery bank into high voltage AC electricity of the type supplied by the National Grid – 230 VAC in the UK, 110 VAC in USA etc. 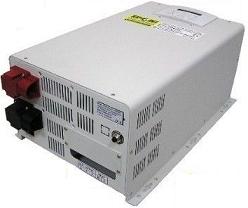 In this article we will look at pure sine wave inverters, and the applications for which they are necessary.

There are two main types of inverter: modified sine wave (aka modified square wave), and pure sine wave. Mains electricity alternates between positive and negative voltage following a sine wave as shown below: 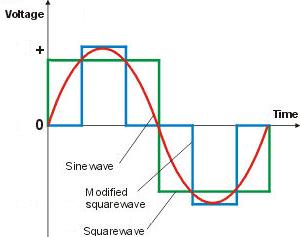 All inductive loads – fridges, pumps, many power tools and so on – must be powered by a pure sinewave inverter. Many pumps for example will just heat up and buzz when powered by a modified square wave inverter unable to pump since so much time is spent at 0 Volts.

Electrical interference generated by a modified squarewave inverter may cause TV’s, radios, Hi-Fi equipment, and so on to produce an unpleasant humming sound, and anything fitted with a digital clock may show the incorrect time if not powered by a pure sinewave.

Desktop computers can be powered by a modified squarewave inverter, but the monitor may make an audible humming sound. 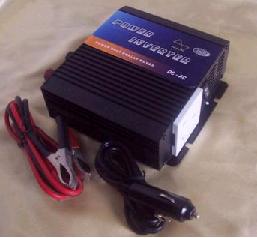 eBay usually has a good selection of pure sine wave inverters listed for sale at any one time. Some amazingly good value 1-3kW inverters are often available with shipping from Europe or the Far East. Click here to search eBay now for Power Inverter Pure.