Ultracapacitors (sometimes called double-layer capacitors or supercapacitors) store energy electrostatically by polarising an electrolytic solution. Unlike batteries no chemical reaction takes place when energy is being stored or discharged and so ultracapacitors can go through hundreds of thousands (or even millions) of charging cycles with no degradation. 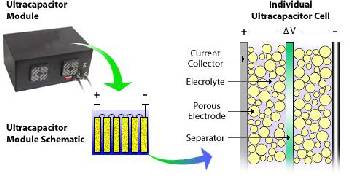 Ultracaps are very efficient, and so little energy is lost during the charging and discharging process (typically <1%). As they do not depend on a chemical reaction to store energy, ultracapacitors can operate in a very wide temperature range effectively – typically from -40 degrees Celcius to around +70 degrees Celcius.

There are many commercial uses for ultracapacitors of all sizes – from multi-kWh electric vehicle power systems down to tiny back-up power sources for electronic devices. Ultracapacitors can provide a pulse of (high current) energy far more efficiently than chemical batteries or a power supply, and so they are often used in tandem with standard batteries to provide such energy pulses when required and also to act as a back-up power source should the batteries fail.

Pictured above is a commercially available ultracapacitor promising 500,000 duty cycles and a 10 year life. This Maxwell BCAP0140 is the same size as a C-type cell battery and would typically be used in tandem with C-sized batteries. 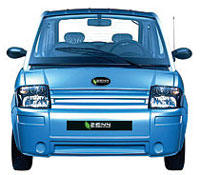 Even if ultracapacitors prove not to be optimal for use in electric vehicle power systems, many manufacturers of hybrid vehicles are looking at using ultracapacitors to capture deceleration and braking energy which can then be discharged quickly later on to boost acceleration for overtaking and to help start the engine. 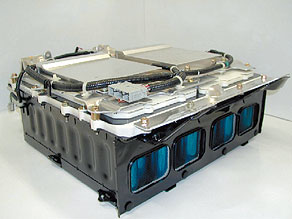