One of the simplest examples of a thermoelectric generator (TEG) can be made even by school children very easily and cheaply and demonstrates the effects of a thermoelectric junction beautifully. All that is needed is some copper wire, a heating source such as a gas hob or bunsen burner, and a voltmeter or an LED. 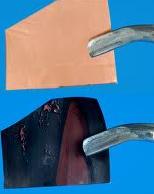 When copper is heated, a layer of a black solid forms on the surface of the metal. This is copper oxide (cupric oxide CuO to be exact) formed when the copper reacts with the oxygen in the air. See image above.

If you heat the end of two pieces of copper wire over a gas flame copper oxide will form. If you now put the oxide layered pieces in contact with each other you have made a thermoelectric junction – it’s as easy as that! 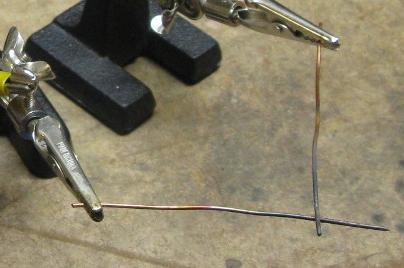 Heat one of the two wires and an electrical potential (voltage) will form between them with the hotter wire being negative and the cooler wire being positive. This junction is capable of generating over 300mV (0.3V).

In order to get a more useful higher voltage, multiple thermoelectric junctions can be connected in series to create a thermopile as shown below with a 16 junction thermopile. 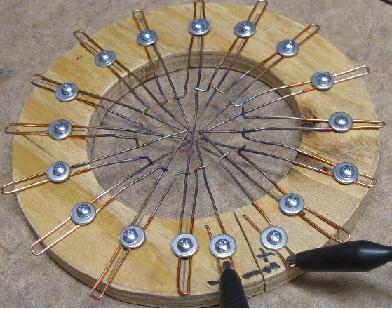 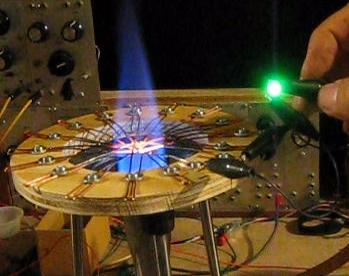 To find out more about this thermoelectric generator experiment and the science behind it, click here to visit the excellent SparkBangBuzz website which has details of many other practical homemade science experiments.