The new Raspberry Pi 2 Model B has just been released, and promises to be six times more powerful than the previous Raspberry Pi models. 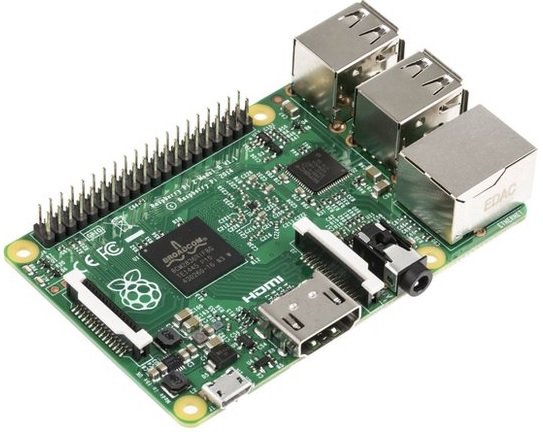 The original Raspberry Pi was released around 3 years ago, and since then technology has moved on and competitors have joined the marketplace. The single core 700MHz processor and 512MB of RAM of the recently released Raspberry Pi A+ and B+ make them feel quite sluggish and out-dated, and there are many applications which cannot be used as they run so slowly.

The new Raspberry Pi 2 Model B though has a quad-core 900MHz processor (ARM Cortex-A7) with a full 1GB or RAM,  effectively turned the Raspberry Pi into a low spec PC capable of running the new Windows 10 (which will be offered free of charge for Raspberry Pi to makers!) and the full range of ARM Linux distributions.

The new model is fully backwards compatible with previous models, it will just run everything much faster. You just need the new ARMv7 kernel version of Raspian, and all existing projects will work.

Get yours now (in the UK) at cpc.farnell.com.