Until 2007/2008 the wireless home electricity monitors on sale were all functional, but pretty ugly – not the sort of thing you necessarily wanted looking at you from your mantel piece or coffee table (and I’d know because I’ve had over thirty of them pass through my living room over the years, and my wife hated them all).

Then finally design met function with the launch of the original Wattson Energy Meter. Considerably more expensive than its peers, but drop dead gorgeous (happy wife) and with a USB port to enable data to be downloaded to a PC (happy me).

Since then electricity monitor technology has moved on, in particular with the Current Cost Trec and Envi models which can be partnered with Google Powermeter so that energy consumption can be viewed online in real time from anywhere in the world. But, two more years has not been enough time for anyone to come up with a power meter which does not still look like a souped up alarm clock. 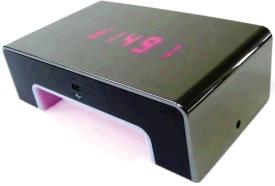 For the style conscious a new version of Wattson has now been launched: the Wattson SilverLining – so named because “Every cloud has a Silverlining“. Functionally almost identical to the original Wattson (now called Wattson 01), the only notable change is the addition of a clock on the display, and a metallic rather than plastic cover to the body of the display unit.

A few small touches immediately demonstrate the design thought which went into this product. First of all, something I’ve never seen before, but which is inspired. The wireless transmitter which clips onto the mains cable near your elelectrity meter is powered by four AA cells (provided). The battery bay is accessed via the usual (in this type of device) tiny screws for which only watch repair professionals and serious nerds have a suitable screwdriver immediately accessible. The inspirational touch: the wireless transmitter is supplied with the battery bay cover stuck down with a couple of pieces of durable re-usable tape, and the screws are provided in a small packet inside the battery bay. Therefore, if you are not in the 1% who have the right screwdriver to hand, you can simply fit the batteries, stick the battery bay lid back down, and then screw the lid down in the future. If the screws provided were designed to be screwed down with a bread knife or steak knife (which is what most people usually attempt to use) it would be perfect.

The second nice touch was to provide a small microfibre lens cloth with the display unit so that sticky finger prints from your envious friends can be removed without damaging the shiny finish.

Obviously these little things are not in themselves very important, but they do show the care and attention which has gone into the design and manufacture of the Wattson SilverLining and its usability. Since it costs more than double the price of most wireless electricity monitors, this gives you confidence that you are getting something special and high quality for your money. Oh, and did I mention that it comes in a silver silky drawstring bag!

In terms of the technology, the display unit though fitted with a back up battery needs to be plugged into the mains for power (of which it uses up to 7 Watts) which is a bit of a pain, the display is large and crystal clear and the coloured LEDs which give a visual illustration of your current power consumption (red for lots of power, blue for not a lot of power, and various shades in between) give the unit a beautiful (and informative) effect in a darkened (to save electricity of course) room.
Wattson 01 was the first electricity monitor to be fitted with a USB port to enable connection to a PC or Mac for collected data (four weeks worth) to be downloaded and viewed. Wattson SilverLining still has this feature as well as the excellent and user-friendly Holmes data visualisation software.
Getting Wattson SilverLining set up and running is very simple, and the instructions are clear, understandable, and well illustrated.

So, if your only focus is reducing your carbon footprint, the Wattson SilverLining is probably not for you – it’s got a large enough footprint of its own, but for everyone else, it is probably worth cancelling your next international holiday just to have one of these on your coffee table.

NEW Click here to view our new comprehensive guide to Wireless Electricity Monitors with the latest models and up to date pricing.