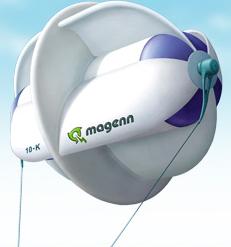 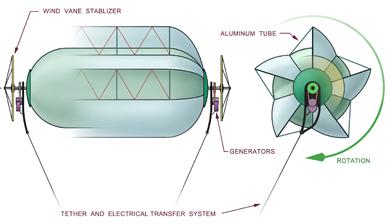 Being lighter than air, MARS has to be tethered to earth by the cables used to transmit the generated electricity to the ground. Taking advantage of the Magnus Effect, Magenn believe that the spinning wind turbines will generate lift forces which will keep the balloon stable in a fixed location in the air. 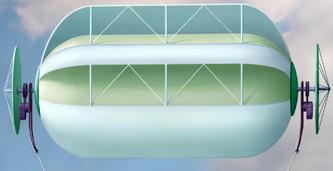 At the target 600-1000 feet level of altitude nocturnal jet stream winds are found almost everywhere around the world and so commercial wind power generation could become a practical option where currently it is not.

Operational efficiency will be between 40-50%, far in excess of conventionally located existing wind turbine generators thanks to the relatively constant winds at higher altitudes and the ability to generate power from winds as low as 4mph. Magenn hope this will help its MARS Air Rotor System become the most cost-effective wind power generation system in the world. 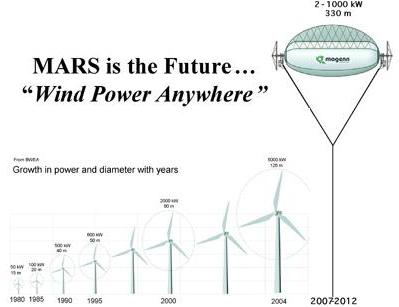 MARS promises to be a very flexible system which can quickly be installed in disaster areas, off-grid locations, and other remote regions. It is a very mobile system which can be deployed quickly as and when necessary according to wind patterns.

Being based around existing airship technology it should be cheap to manufacture resulting in reduced costs per Watt of electricity generated over land based wind turbine generators. The balloon will be woven of a material similar to Kevlar called Vectran offering the strength of steel.