It is relatively easy to find out average wind speeds at any location in the world thanks to the enormous amount of data collected by meteorologists. For example, in the UK there are many wind speed resources providing real time and historical average wind speed data online free of charge. 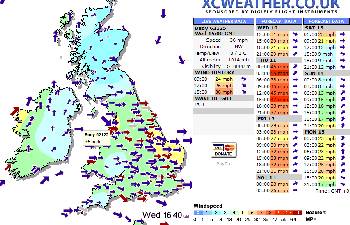 However these data, though informative, are of limited use in the real world when deciding whether a wind turbine will perform well in a particular location, and in choosing the appropriate wind turbine configuration.

Why Conduct a Wind Speed Survey

Before installing a wind turbine a wind speed survey should be conducted at the exact location of the proposed turbine. While historical data may show an average wind speed of say 5 m/s in your post code region, the reality in your exact location could be very different because of the effects of surrounding buildings and trees etc. This is one of the main reasons that roof mounted wind turbines have been such a disappointment to many suburban home wind turbine owners. 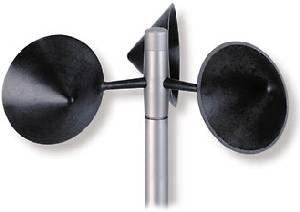 Wind speeds are measured using an Anemometer. There are two main types of anemometer – the more traditional vertical-axis collection device (three or four cups on the end of arms – as pictured above), and the newer handheld small windmill type (pictured below). 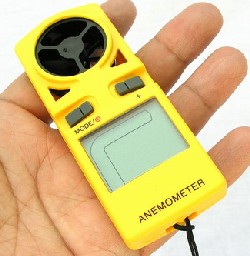 Small hand held anemometers are of very limited use to the wind speed surveyor since they have to held in the hand – not practical for a few months of constant data collection – and they must be pointed directly into the wind to measure accurately.

Therefore, in order to conduct a wind speed survey the traditional type of anemometer should be used and it must be connected to a data collection system – the most basic using a simple cycle computer, the more advance connecting directly to a personal computer or to an integrated data logging device. By recording the wind speed once a minute for a couple of months an accurate average wind speed can be calculated, and the type of wind noted.

NEW – Click here to read our article on the LeWL Wind Logger – a new standalone wind speed and direction logger.

Using the Results of a Wind Speed Survey

If, for example, there are often many still days in a row at a proposed off-grid wind turbine site then more battery storage will be required. If winds are typically around 6 m/s and rarely go over 10 m/s then a wind turbine generator should be chosen which gives its maximum output at quite a low wind speed and has a low cut-in speed. If however winds are typically 6 m/s, but there are frequently days when the wind averages 15 m/s, a wind turbine with a higher cut-in speed, but a much larger power output at high RPM should be considered.