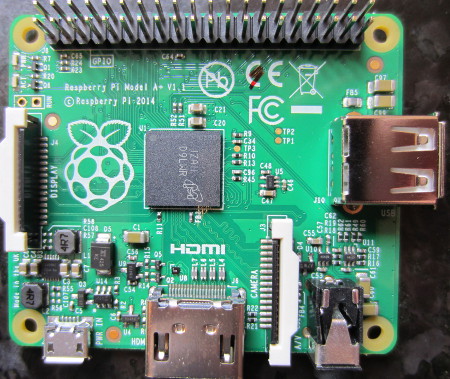 The Raspberry Pi Model A+ is smaller than all previous credit card sized Raspberry Pi’s being a whole 2cm shorter in length.

With just the one USB port and no ethernet port, if the Model A+ is to be accessible over your network, you will need a USB WiFi adapter as pictured below installed in the A+. 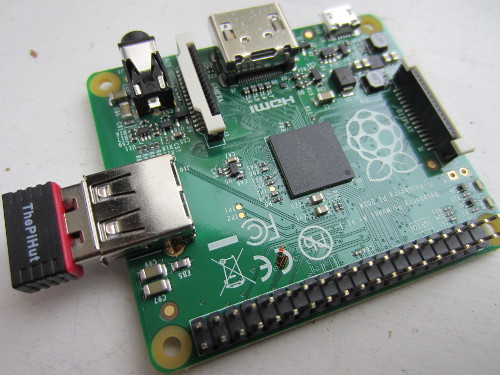 It is likely that the Model A+ will primarily be used as a headless device, but initial set up of Wi-Fi still requires a keyboard and display to be connected – a USB hub is useful at this time. With everything configured, the Model A+ is ready for embedding in your projects.

The following is a very useful guide from How-To Geek which shows how to set up Wi-Fi from the command line: How to Setup Wi-FI on Your Raspberry Pi from the Command Line.

The Raspberry Pi Model A+ is available in the UK for around £17, considerably cheaper than the £27 Model B+. (Both best priced from cpc.farnell.com)