We have just received our Pyboard – a prototyping platform that runs Micropython which is an implementation of the popular Python programming lanuage. 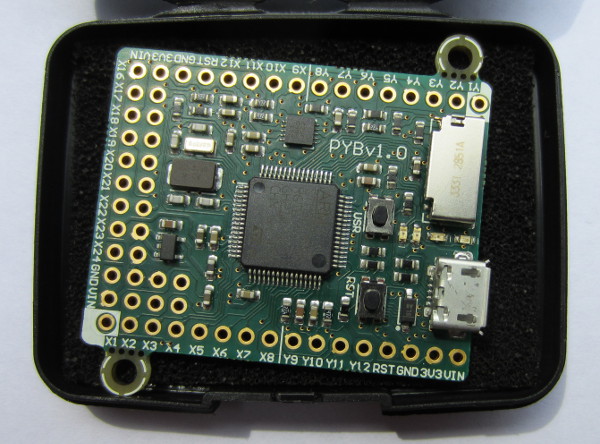 Above is the Pyboard in the hard shell padded case in which it arrived. It looks to be very well made, sturdy, and best of all, physically very small. 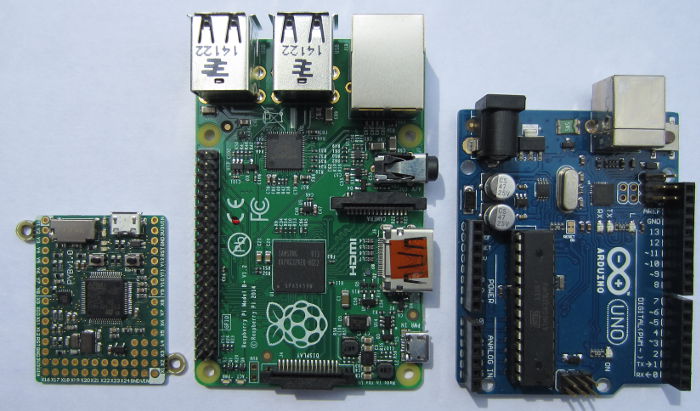 The photo above shows just how small the Pyboard is in comparison with the Raspberry Pi Model B+, and an Arduino UNO.

We have lots of projects in the pipeline for which we would previously have used a Raspberry Pi, but the simplicity, size, and much lower power consumption of the Pyboard will often make it the obvious option.