The tiny Channel Island of Alderney has been recognised by the energy industry as one of the best potential tidal power locations – better than most of the UK and all of the other Channel Islands. Potentially there is from 750MW to 3GW of tidal power waiting to be harvested from the coastline of this Crown Dependency located just 8 miles from France and 60 miles from mainland England. 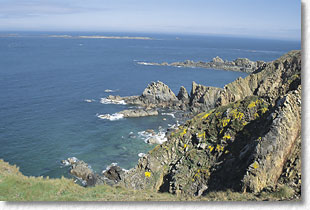 All told it is believed that the Bailiwick of Guernsey could product up to 25GW of power (equivalent to 25 nuclear power stations) thanks to its enormous 20ft tidal range. 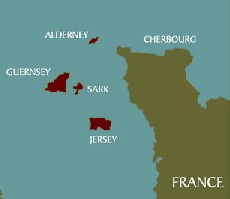 Alderney Renewable Energy Ltd (ARE) is a consortium which has obtained a 5-year exclusive lease to research, survey, and test tidal power devices in the waters off Alderney. Currently they are undertaking an environmental impact assessment (EIA) to better understand how tidal power electricity generation will affect local mammals and bird life. When the first phase of this EIA is completed in March 2007 and accepted by the regulatory body ACRE (Alderney Commission for Renewable Energy), the first tidal turbines can be installed.

If ARE can meet certain targets set by ACRE, they will be entitled to select 50% of the waters of Alderney from which they can generate electricity by tidal power for at least fifty years.

If successful electricity from tidal energy could replace Guernsey’s oil power station, power a desalination plant for fresh water, and make the Channel Islands net exporters of power to mainland Europe. There are even hopes that petrol cars can be replaced by electric vehicles all powered by the tide.

Tidal power is still very much in its infancy compared to wind and solar power, however the La Rance Tidal Power Plant in France has been in operation for 40 years generating billions of kWh of electricity, and now generates 240MW of power.