Hydro-electric power is electricity produced by the flow of fresh water from lakes, rivers, and streams. As water flows downwards thanks to gravity the kinetic energy it carries increases. This kinetic energy can be converted into mechanical energy – e.g. by turning a turbine – and from there into electrical energy. In the right location hydro-electric generation is far more cost effective than PV solar cells orwind turbines in terms of Watts generated per £ spent.

How much electrical energy can be generated by a hydroelectric turbine depends on the flow/quantity of water, and the height from which it has fallen (the head). The higher the head, and the larger the flow, the more electricity can be generated.
Click here to view our article Calculation of Hydro Power to find out more.
The image above shows the Rainbow Power 300 Watt Hydro Generator which costs around £1,300.

Hydropower Around the World 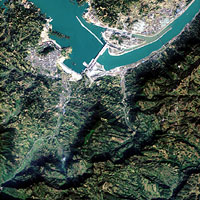 By 2004, 6% of the world’s electricity was hydro, some of that generated in enormous GigaWatt rated hydro power stations in Asia and Australia amongst other places including the World’s largest hydropower plant at the Three Gorges Dam in China. 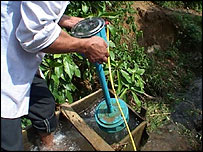 However micro-hydro (a small localised hydro electic turbine) is also very useful for farmers and other people in remote locations. A part of a nearby river is diverted through a turbine to generate electricity and then the water is returned to the river at a lower point reducing the environmental impact. This is known as a run of river hydro power system.

Where the flow of water is regular it is possible to set up a 240 AC hydro system which can be turned on whenever power is needed. Alternatively lower voltage DC electricity can be generated and stored in batteries for later use (via a 240V power inverter).

Waterwheels are another form of hydropower which has been uses for 1000’s of years – click here to read our introduction to waterwheels, and here to read more about generating electricity with waterwheels.

Hydropower in the UK 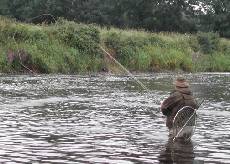 For details on the largest hydro power stations in the UK click here. If you are interested in building your own micro-hydro power system (for example, on a water course which runs through your property) click here to find out more about the legal requirements of hydropower abstraction licensing.

More information about the British Hydro Association is available here. The BHA are the trade association which represent those in the hydropower industry in the UK.